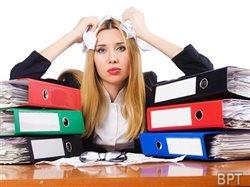 As the year winds down, it is time to start thinking about recent tax changes and how they affect you, especially if you run a small business. But keeping tax details straight is tough – even for those who live and breathe the industry. One of the most common questions during this time of year is “who needs a 1099 or a W-2?”

To help sort through the forms maze, experts at Greatland Corporation, a company that provides W-2 and 1099 tax forms and e-filing services to small businesses, have provide background on these forms:

A W-2 is the form employers will use to report yearly wage and withholding information. An employer needs to provide this form to employees no later than Jan. 31, 2014. Employees will receive four copies of this form to report federal, state and local income and maintain a copy for their own records.

A 1099-MISC is the form used to report miscellaneous income, such as income earned as a contract or freelance worker, as well as fees, royalties, commissions and rental income. If you are a business that uses contractors or freelance workers who received at least $ 600 during the year, you must provide them with a 1099-MISC form to report this income.

In short, 1099s and W-2s are two different tax forms used for two types of workers. Independent contractors receive 1099 forms and traditional employees will receive a W-2 every year. But sometimes it can often be difficult to classify workers.

“Businesses and independent contractors aren’t always aware of what they need to do during tax season, but it’s becoming more and more important that they know their responsibilities to avoid penalties,” says Janice Krueger, a spokesperson for Greatland. “The IRS has increased its penalties on this group of workers over the last few years and added a budget of $ 14 million in 2013 for grants to states to assist in identifying misclassification and to cover unpaid taxes.”

If an employer misclassifies an employee as an independent contractor and has no reasonable basis for doing so, the employer is liable for employment taxes for that worker.

Many view inappropriate worker status determinations as a tax loophole and even more misclassifications are due to a misunderstanding of the requirements causing the IRS to heavily monitor businesses. Estimates are that 20 percent of businesses misclassify workers, so if you’re an employer, be careful.