What to expect in travel in 2014: Big sporting events drive interest in this year’s hottest locations

What to expect in travel in 2014: Big sporting events drive interest in this year’s hottest locations 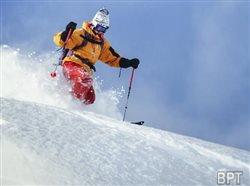 Where’s everybody going? The travel forecast for 2014 points to destinations inspired by a whole lot of sportsmanship and team spirit. Hot spots expected to trend this year include North American ski resorts catering to travelers looking for an Olympic experience closer to home before, during and after the games; and Brazil, inspired by World Cup fever.

Get a lift from North American ski destinations

Due to the 2014 Winter Games, “There will be a ton of interest in winter sport destinations that are more accessible and far less expensive than traveling to Sochi,” says David De Lalio, ski region senior market manager for online travel agency Orbitz. One popular spot, Whistler, Canada, features a dog-friendly ski resort with a bevy of recent Olympic history. Meanwhile, Lake Placid, N.Y., which hosted both the 1932 and 1980 Games, offers both alpine and Nordic skiing in the Adirondacks, as well as a bobsled run. And in Park City, Utah, travelers can feed the need for speed with rocket skeleton sled and bobsled rides on the actual track from the 2012 Games.

Get World Cup fever south of the equator

“Brazil will be the place to be in 2014,” says Yumi Nakayama, Brazil’s market manager at Orbitz, citing the country’s role as host for the 2014 FIFA World Cup and the 2016 Summer Olympics. The World Cup (June 12-July 13) is considered the biggest single-event sporting competition in the world. Travelers can also experience some of Brazil’s 2,000 beaches, more than 1,000 islands and, of course, Carnival (March 1-4). Meanwhile, Sao Paolo plays host to the world’s largest Pride Parade in June and Grand Prix Formula 1 on Nov. 9.

“While we will continue to see a steady drumbeat of traditional theme park and show tickets being bought, more travelers are expecting a personalized experience,” says Barb Peterson, director of attractions and services for Orbitz Worldwide. Orbitz booking data shows that travelers increasingly crave variety, with helicopter tours, Cirque du Soleil shows in Las Vegas and ziplining among their favorites. Travelers also sought out “Edutainment” trips, or vacations built around learning, such as culinary tours: Barcelona’s hugely popular Gourmet Bus Tour includes a 1-Star Michelin dining experience. Similarly, baseball fans visiting Boston and Chicago don’t just want tickets to a Red Sox or Cubs game – they also sign up for tours of Fenway Park or Wrigley Field to take in the history.

Opening the door to space and privacy is easy