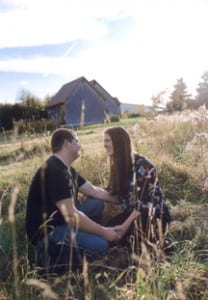 Gil and Bev Warren of Berlin, Vermont are excited to announce the enagagement of their daughter, Courtney Warren, to Caleb Sugarman, son of Bill Sugarman and his wife Nathalie Sugarman of Barre, Vermont and son of Joanne Tortolano and her husband Paul Daly of South Royalton, Vermont.

The couple met at Johnson State College where Courtney received her BA in Psychology and Caleb received his BA in Business Marketing. They recently purchased their first home in Northfield, Vermont.

A September wedding is planned.