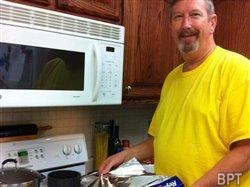 As our nation’s heroes continue to return home from the fronts of two major wars, it is a great time to recognize the tremendous toll service to our country can have on the brave men and women who selflessly choose to protect our freedoms throughout the world.

While there are many devastating effects of war, there is one that has enormous impact across all our armed forces – hearing loss. Some studies suggest that one in 10 soldiers today suffer from severe hearing loss and it has been said to be the No. 1 disability in the war on terror. In fact, veterans are 30 percent more likely to have severe hearing impairment than non-veterans.

In many cases, traditional hearing aids won’t sufficiently restore hearing lost in battle. And yet, these brave men and women deserve to have every opportunity to live a normal life, after so many years of sacrifice. The good news is that there are advanced hearing solutions that may be able to give our nation’s heroes a renewed sense of hope.

For those veterans who have a moderate to profound hearing loss in both ears, a cochlear implant may help. Unlike a hearing aid that amplifies sound, a cochlear implant is an implantable hearing solution that delivers sound straight to the hearing nerve. For those who can only hear from one ear, or who have chronically draining or malformed ears, there is another implantable device that can help. The Baha(R) System conducts sound through vibrations in the bone allowing people to hear.

Lieutenant Commander Bill Kreceman, a veteran who resides in Memphis, describes how he struggled and triumphed over his hearing loss during his time with the United States Navy.

During his active duty, Kreceman was diagnosed with a cholesteatoma, a growth in his ear. Luckily, it was able to be removed during an operation; however it severely damaged his hearing. For the next 30 years, he wore behind-the-ear hearing aids to the point where he was no longer receiving benefit from them. During this time, he was aboard the USS Saratoga and later serviced with the Marine Corps and at other various duty stations, including hospitals and clinics, and had to rely heavily on his lip reading skills just to get by.

It wasn’t until one of his routine visits at VA Hospital Memphis that Kreceman found out about the Baha System, which involves placing a small titanium implant in the bone behind the ear. He received his first Baha implant and then received his second shortly thereafter.

Now, he is a tireless volunteer raising awareness for advanced hearing solutions among other veterans struggling with hearing loss. “The procedure changed my life,” he says.

The keys to early learning: good nutrition and good books

Keep your home safe and warm this winter

Keep your home safe and warm this winter