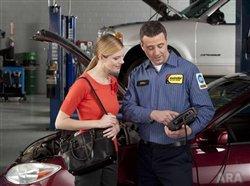 Veterans returning home face many challenges that weren’t present when they were serving in the armed forces. Between adapting to civilian life, reacquainting with family and friends, and finding employment, the adjustment can be a difficult process.

Unemployment numbers for veterans are dropping, but returning solders often struggle to compete for jobs due to lack of education, lack of experience or in some cases, the stigma of returning from overseas with post-traumatic stress disorder (PTSD).

This is why programs like Sprigster’s Boost a Hero crowdfunding for military veterans and spouses are developed to help alleviate some of these career obstacles, like raising funds for entrepreneurial dreams. Crowdfunding provides an opportunity where friends, family and strangers can donate funds to support a cause online. The need is great. Nearly one in 10 small businesses are veteran-owned, the U.S. Small Business Administration reports.

Tom Perez used Boost a Hero to raise money to open a Meineke Car Care Center in Pensacola, Fla. He is a 10-year veteran of the U.S. Navy, where he served as a police officer and also earned a business degree. He currently employs four veterans in his shop and will be looking to hire more as his business grows.

Perez decided to pursue owning his own business after he had applied, and been rejected for 100 jobs – even with his 10 years of experience in the Navy. Then, he approached Meineke Car Care Centers. Meineke’s Franchise Development team worked closely with him to get his business established. Between a discounted franchise fee and a low interest rate loan, Perez was close to having the money needed to start his business. Boost a Hero helped him raise the additional $ 10,000 he needed, and his shop opened in May. Now Perez works closely with his customers and employees in finding the right service for them, their car, and their budget. His shop was named one of the top five finalists in the national “Hiring Our Heroes” Award for Small Business Veteran and Military Spouse Employment by the U.S. Chamber of Commerce. The award cited Perez for addressing the challenges faced by veterans in finding employment and transitioning from military to civilian life.

“Veterans like Tom have served our country – giving so much of themselves in the process,” says John Vitagliano, vice president of marketing for Meineke Car Care Centers. “Offering career opportunities to veterans interested in entrepreneurship is a way of giving back – and crowdfunding opportunities like Boost a Hero provide veterans with the financial means to help make their entrepreneurial dreams come true.”

Small-business owners: Managing your money in a challenging economy