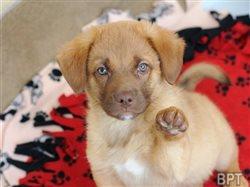 Your family is ready for a pet, so you head out to the local pet store. Within moments of walking into the shop, an energetic, sweet-eyed puppy steals your heart. You plunk down your money – possibly hundreds of dollars – and take him home, unaware that your new darling began his life in circumstances that most Americans would find horrifying, circumstances that will possibly cause him long-term health and psychological problems. He’s the product of a puppy mill.

The majority of pet stores across the country obtain the pets they sell from commercial breeding facilities – puppy mills – according to animal welfare advocates. Equally as shocking: 43 percent of Americans don’t know that most pet store puppies come from puppy mills, and 17 percent still choose to purchase a dog at a local pet store, rather than adopt from a shelter or rescue organization, according to a survey conducted by Best Friends Animal Society. Founded in 1984, the organization is a leader in the no-kill movement.

“For every commercially bred puppy purchased in a store, another shelter pet waits to find his or her family,” says Elizabeth Oreck, the national manager of puppy mills initiatives at Best Friends. “If Americans want to break the puppy mill cycle and save lives, they need to stop buying puppies from pet stores and start adopting from shelters and rescue groups.”

Approximately 167,000 adult dogs populate some 10,000 puppy mills around the United States, spending their lives in cages where they get little or no exercise, mental stimulation or human attention. They produce more than 2 million puppies each year, most of whom are sold through pet stores. Puppy mill animals commonly suffer a range of health problems such as heart and kidney disease, hip dysplasia, blood disorders and deafness, as well as a variety of infections, parasitic infestations and even behavioral problems, according to Dr. Frank McMillan, director of well-being studies for Best Friends.

Adopting a pet from an animal shelter or rescue organization is a better option than purchasing a puppy mill animal from a pet store, animal advocates agree. Each day, 9,000 healthy, adoptable pets are killed because they don’t have permanent homes.

Despite the widespread prevalence of puppy mills, and the negative associations many Americans have with the term – 55 percent associate them with “animal cruelty” – just three in five adults between the ages of 18 and 34 have heard of a puppy mill, the Best Friends survey revealed. Young adults were also less likely to associate puppy mills with animal cruelty, and more likely than other age groups to say they would buy a pet rather than adopt one.

“Adoption should always be your first choice for finding a pet,” Oreck urges. “Shelters house virtually every type of pet you could want, from puppies and kittens to mature animals, ones that are already house trained, spayed and neutered, and even specific breeds. In fact, 25 percent of pets in shelters are pure breeds. When consumers refuse to do business with stores that sell puppy mill animals, they send an important message.”

To learn more about how you can help eliminate puppy mills, or to find an adoption center near you, visit www.bestfriends.org/puppymills.