Sweeteners: an easy way to live and eat healthier

Sweeteners: an easy way to live and eat healthier 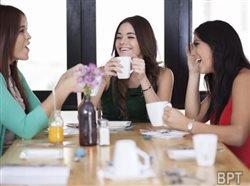 With diabetes and obesity cases at alarmingly high levels in the U.S., people are starting to take small steps toward leading healthier lifestyles to try to prevent these issues.

Eating healthy and incorporating regular exercise into your lifestyle are some commonly known good first steps, but another great step is “reducing sugar in your diet as a way of reducing glucose and caloric intake,” says Dr. Luis Pacheco an Emmy award-winning family physician and professor of medicine at the University of Texas.

For people with a sweet tooth, this may seem like a daunting task, but with today’s colorful sweetener aisle, it may be easier than expected. One favorite is the iconic pink packet, Sweet’N Low, which is consumed daily by millions in more than 50 countries around the world. This zero-calorie sweetener is made with saccharin, which is 300 to 500 times sweeter than sugar. As one of the oldest sweeteners in the world, saccharin has roots dating back more than 100 years and its long term effects have been exhaustively studied and tested. In fact, numerous reputable organizations such as the American Diabetes Association, Academy of Nutrition and Dietetics, World Health Organization, and National Cancer Institute have acknowledged its safety for human consumption and its benefit in helping to develop a healthy eating plan for long-term weight management and for maintaining an overall healthy lifestyle.

“The zero-calorie sweetener, Sweet’N Low, is a proven alternative to sugar and for 56 years has helped millions of people safely manage their weight and sugar intake,” says Pacheco.

Discovered in 1879, saccharin has the longest safe-for-human-consumption record among non-nutritive sweeteners. There is confusion and mis-education in the marketplace, most likely trailing back to a controversy some 36 years ago when a study done on rats was released that reported health issues. In the study, rats were fed the excessive equivalent of thousands of packets of saccharin-based sweetener every single day starting from their mother’s womb until their expiration in adulthood. Even beyond this unrealistic daily consumption level, rats were discovered to be the only species affected due to a specific protein that exists only in rats, specifically male rats. Extensive research on humans and numerous species of animals by reputable sources in the scientific community since have proven the sweetener’s safety, and saccharin has been used for 125 years without any documented human ill effects.

The National Cancer Institute has completed more than 30 human studies, involving more than 9,000 individuals and all support saccharin’s safety at human levels of consumption, according to a report titled Elcok and Morgan, 1993. Both the Environmental Protection Agency (EPA) and the Federal Drug Administration (FDA) have given saccharin a clean bill of health. Americans can be confident in the fact that saccharin-based Sweet’N Low, is safe to use, and is an excellent complement to healthy living and weight control.

Most recently, Sweet’N Low launched a new campaign called “The Sweeter, The Better” focusing on a beverage platform with the aim of satisfying consumers with new ways to use this sweetener in their favorite drinks. In addition, they have introduced several new diabetic-friendly recipes that will help consumers with diabetes or those prone to the disease manage their diets. Visit sweetnlow.com for more information and recipes that can help effectively manage your weight and assist in the first steps to a healthy lifestyle.

Three big ways small-business owners can save on taxes