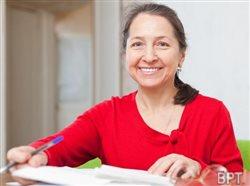 Read enough about the state of Americans’ finances and you might get the impression that the average consumer is fairly clueless when it comes to making good money decisions. But a new survey indicates that Americans are more credit-savvy than you might think about how and when to use one of the most-maligned types of credit: payday loans.

Recent research conducted by Harris Interactive on behalf of the Community Financial Services Association (CFSA) indicates that the majority of payday loan users know what they’re getting into and understand how best to use the financial vehicle. Ninety-three percent of polled borrowers carefully weighed the risks and benefits before taking out a payday loan; 95 percent said payday loans provide a safety net during unexpected financial difficulties; 97 percent agree that their payday lender clearly explained the terms of the loan to them; 92 percent said the short-term loans are a smart financial decision when one faces an emergency cash shortfall; and 89 percent said that the cost of the loan is worth it because it gave them the ability to avoid worse financial consequences, such as fees and the credit impact of paying bills late.

“In this evolving credit market, there are many different options to meet consumer needs,” says Patrick O’Shaughnessy, CEO of Advance America, one of the largest short-term credit providers in the country and current Chairman of CFSA. “Access to short-term credit remains vital for many American consumers. Ensuring that they are informed and understand the terms and fees of this service – and can compare credit alternatives – is critical to enabling decisions that improve one’s financial standing.”

According to the survey, consumers said they sought payday loans to: pay for an unexpected expense such as a car repair or medical emergency (49 percent); to avoid paying a bill late and incurring a fee (28 percent); to avoid bouncing a check or overdrawing their bank account and the associated fees (23 percent); and to help out a loved one who needed money (19 percent).

The responses, O’Shaughnessy points out, indicate that borrowers largely are taking payday loans for the right reasons, and understand that a short-term loan may be the best option to help them manage short-term financial challenges. “They understand the costs of this type of loan and are properly weighing them against the other potential financial costs of a cash shortfall,” he notes. “Borrowers value having this credit option, and don’t want to lose it.”

Consumers are also aware of, and explore, other options before choosing payday loans and say their experience with both the terms and the cost of the payday loan were either as expected or better than expected, the survey revealed. Nearly four in five (78 percent) said a payday loan was more convenient than other options; 71 percent said it was faster; and 70 percent said it was easier to understand than other credit vehicles. Sixty-eight percent didn’t want to borrow from friends, 65 percent said a previous good experience with a short-term loan influenced their choice and 84 percent say it was very easy or somewhat easy to repay their loan.

Consumers should carefully evaluate their spending and saving habits and consider a variety of credit options. Before deciding if a payday loan is right for your short term needs, you should be able to answer these questions:

* Is this deficit a one-time, emergency event or a recurring consequence of your spending habits?

* Have you explored other options for bridging your shortfall? Ninety-two percent of the Harris poll respondents said a payday loan was not their only option.

* Do you understand the costs, conditions and repayment terms for the payday loan you are considering?

“This survey indicates that the majority of short-term loan customers use them as a way to help them through a short-term financial shock, O’Shaughnessy says. “ Lenders like Advance America are highly regulated, and with greater transparency in financial disclosures provided to borrowers, consumers can have more confidence about using this type of loan.”

In fact, the majority of borrowers who participated in the poll said they were happy with their decision; 65 percent report they are very likely or likely to recommend payday lending to family or friends, and 98 percent said they were satisfied with their experience. More information about the poll can be found at www.harrispaydayloanpoll.com.

Concerned About Recreational Use of Berlin Pond

Concerned About Recreational Use of Berlin Pond