Spotlighting a rare and often silent form of kidney cancer

Spotlighting a rare and often silent form of kidney cancer 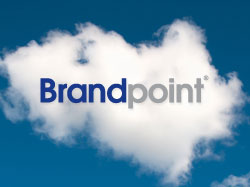 What may seem like vague symptoms – side pain, fatigue, fever and blood in the urine – can turn into an alarming diagnosis for the estimated 65,000 people each year who learn they have kidney cancer. Twice as common in men as it is in women, kidney cancer is often a silent threat since many people do not experience symptoms in the early stages of the disease. Early detection can greatly increase a person’s chance of survival, underscoring the need for further awareness and education.

While many people are familiar with various kidney diseases, awareness of renal cell carcinoma (RCC), the most common form of kidney cancer, is low. To help educate about RCC and encourage earlier diagnosis, the kidney cancer community will join together this March during National Kidney Month to raise awareness of this disease.

“Unfortunately, many people with renal cell carcinoma aren’t diagnosed until after the cancer has already spread to other areas of the body, which has a great impact on the prognosis they receive,” says William Bro, president and CEO of the Kidney Cancer Association. “Raising awareness of RCC and its symptoms can lead to improved screening as well as earlier diagnosis and treatment, giving people a better chance at living a normal life.”

Several factors are thought to contribute to an increased risk of RCC, including smoking, obesity and high blood pressure; the average age range of diagnosis for this disease is 60 to 65. Renal cell carcinoma can be easily misdiagnosed because the symptoms, which include blood in the urine, a lump in the abdomen or side, pain in the side that does not go away, anemia, weight loss for no known reason and fever, are often attributed to other conditions.

If RCC is diagnosed in the early stages before it has spread to other parts of the body, the tumor can often be removed through surgery. While there is no cure for advanced kidney cancer, several treatment options are available, including surgery, radiation therapy, targeted therapy, immunotherapy and chemotherapy. Each person’s treatment journey for RCC is unique, and often involves several steps and combinations of therapies as treatments may stop working or cause intolerable side effects. Understanding the options available and how each therapy works is important to identifying the correct treatment plan.

Throughout the past few decades, major advancements in research, resources and support have helped countless patients diagnosed with kidney cancer. To learn more about kidney cancer surrounding National Kidney Month, talk to your healthcare professional and become better educated about the disease and potential treatment options.

To-do list 2.0: How high-tech is making household chores easier than ever

To-do list 2.0: How high-tech is making household chores easier than ever