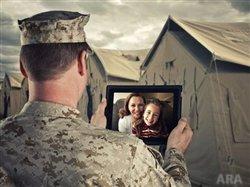 Since Sept. 11, 2001, more than 800,000 reservists and national guardsmen have been called to leave their civilian life to serve the military full-time, with more than 250,000 pressed into active duty more than once.

A federal law, The Uniformed Services Employment and Reemployment Rights Act (USERRA), is intended to give reservists and others in the U.S. Armed Forces employment protections when they return to their civilian jobs.

But confusion about the federal law runs rampant. Without the proper knowledge, reservists are denied their rights to re-employment. Those adversely impacted include reservists in the Army, Air Force, Navy, Marines and Coast Guard, as well as the National Guard.

To bring clarity, the Washington-based Reserve Officers Association (ROA) is offering a free report titled “Seven Things Your Civilian Employer Must Provide When You Return From Military Service.” Reservists who are not a current member of ROA will also receive a free six-month trial ROA membership, with their free report.

To get the report, visit www.discoverroa.org/roasevenwpconplac.

The report outlines how employers are required to provide reservists with the following:

“Reservists know that duty never takes a day off and sacrifice is part of the job description,” says Captain Samuel F. Wright, director of the Reserve Officers Association’s Service Members Law Center and a former U.S. Department of Labor attorney who helped draft the legislation that became federal law.  “In exchange for that sacrifice, USERRA gives certain employment rights when they return to their civilian jobs.”

“Unfortunately, too many employers don’t understand what they legally must provide to returning reservists. Our association is fighting to make sure those who serve their country get everything they are entitled to.”

Ironically, the federal government was the employer with the most USERRA complaints in 2011, according to U.S. Labor Department statistics. The director of the U.S. Office of Personnel Management was so concerned he issued a statement to federal agencies reminding them that there is “zero tolerance” for USERRA violations.

When a 42-year-old Army reservist recently found herself in a job dispute with the federal agency that employed her, she turned to the Reserve Officers Association and its Service Members Law Center.

When the reservist left the federal agency for active duty, her supervisor told her there would be “no problem” getting her job back when she returned. But that supervisor was replaced by someone who sent her a terse letter saying she might be fired.

“I was worried sick,” says the reservist.

She sent an email to ROA and received a reply within minutes from Wright. While ROA does not retain clients in formal legal counsel, its Service Members Law Center is the nation’s only entity exclusively dedicated to the support of reserve service members facing legal difficulties. ROA helped this reservist find the information that she needed and guided her toward resolving her issue in a friendly manner.

“I couldn’t believe it,” says the reservist. “Now I want everybody out there to know about USERRA and the resources provided by ROA.”