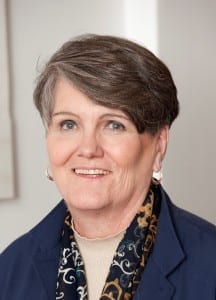 Pat McDonald has announced that she will run for the State Senate in 2014.

McDonald, who represented Berlin and Barre City in the Vermont House of Representatives from 2006 to 2010, made the recent announcement at a gathering of legislative leaders.

McDonald emphasized opportunity and affordability in her announcement. “Like most Vermonters, my husband and I have watched our property taxes go up steadily, every year, and we struggle with living on fixed incomes.”

But she also stressed the myriad other issues and concerns that have occupied headlines and dinner-table conversations in Central Vermont. “Hearing about job losses, increased poverty, an exploding drug epidemic, the dismal state of our mental health care system, and even concerns about safety in our own communities, we also realize that our own affordability struggle, while frustrating and real, actually pales in comparison to what many of our neighbors are going through,” McDonald continued.

“So, much as I had planned on retirement, I decided it was a critical time for me to step back in.”

Prior to entering public service, McDonald spent 20-plus years in the private sector, at the CIBA-GEIGY Corporation in Ardsley, New York, and as Vice-President of Human Resources and Regulatory Management at Merchants Bank in Vermont.

McDonald is married to retired State Police Captain J. Bruce McDonald. She has one daughter, two stepsons, and four grandsons, and she lives in Berlin.

Insulation: The key to ending drafts and cutting utility bills

Insulation: The key to ending drafts and cutting utility bills