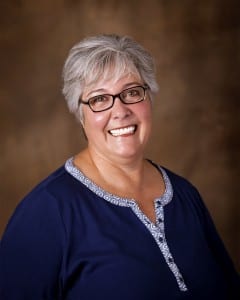 By Helen Hossley
Looking through the lens of history of our parks seems glamorous; conjuring up nostalgia for the way they were in their heyday. We yearn to experience our parks as the pioneers of nature conservancy did; to be on the cutting edge of saving special places for future generations. How fabulous it would have been to be part of the conversation that John Muir had with Teddy Roosevelt? What about standing with Ansel Adams while he snapped his magical photos? We are fortunate to have his exquisite works of art that capture the essence so completely that it is hard not to fall in love with the places. How can anyone look at any of his photos and not vow to protect those vistas as fiercely as a mother bear protects her cubs?

In December 2016, President Obama used the power within the Antiquities Act to create two new national monuments expanding the Park System to 416 sites. They are Bear Ears Buttes in Utah and Gold Butte in Nevada. This executive order will help preserve sensitive areas from development. Although some areas within our treasures have been sacrificed to development, in large part the backcountry remains as wild as nature intended.

For the last 100 years the National Park Service has done the best they could with what they have. Some would argue that their best isn’t good enough. That there should not be over a billion dollars in backlogged maintenance, or visitation limits or compromises with concession companies. Or…

There are numerous non-profit organizations that partner with the National Park Service that picks up the slack where the government falls short.

The official charitable partner to our National Park System is the National Park Foundation. Aided by lobbying efforts of Lady Bird Johnson and philanthropist Lawrence Rockefeller, it was charted by Congress in 1967. The Foundation is a way for private citizens to directly support our parks. The Foundation focuses “on promoting programs and projects that protect precious landscapes and wilderness, historical sites, and places of cultural significance.”

The National Parks Conservation Association was created in 1919 whose main focus is lobbying Congress on issues that either enhance or threaten our parks.

A relatively young organization established in 2003, The Coalition to Protect America’s National Parks is one of my favorites. The Coalition brings together over 1,100 former or retired National Park employees that represent every discipline within the agency. Using their collective, boots on the ground working knowledge of our park system, they voice concerns about legislative and policy decisions that diminish the values and purposes for which the National Park System was established.

When visiting a park whether it’s a local, state or National Park keep in mind:

•Someone was passionate and cared enough to lead a movement to conserve and protect the land for your discovery and enjoyment.

•Volunteers continue to be the heart of day-to-day operations, say thank you once in a while.

•Park staff do the best they can with what they have.

Helen Hossley is the author of “Do I Get to Wear That Neat Hat?” To find out more about her book visit her website at www.helenhossley.com