The Many Saints of Newark

All Those Orange Witches

There’s No Way to Do It Wrong! 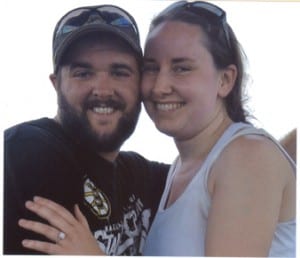 Rosina Ross of Barre, VT and Jim Ross of Woodbury, VT are happy to announce that their son Jonathan Ross of Lyndonville, VT became engaged in June of 2013 to Chelsea Normandeau, daughter of Carl and Lauri Normandeau of Yorktown, VA — formerly of Barre, VT.

Jonathan attended Spaulding High School in Barre, received his interdisciplinary bachelors degree at Plymouth State University in Plymouth, NH and his masters in higher education degree at New Eng-land College in Henniker, NH. He is currently the Residence Hall Director and Community Service Coordinator at Lyndon State College in Lyndonville, VT. Chelsea attended her freshman year of high school at Spaulding High School, graduated from York High School in Yorktown, VA, received her bachelors and masters degree in Special Education at Longwood University in Farmville, VA. She is currently a special education teacher at Newport Town School in Newport, VT.

They will be getting married at Greenwood Lake in Woodbury, VT on June 20, 2015.