Nearly 1 in 10 Americans lives with a rare disease

Nearly 1 in 10 Americans lives with a rare disease 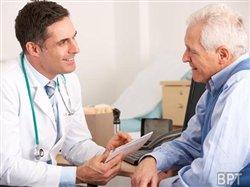 Did you know that the same number of people die each year from idiopathic pulmonary fibrosis, or IPF, as breast cancer? And yet IPF, a rare and debilitating disease that causes permanent scarring of the lungs, is still relatively unknown.

Fortunately, the focus on rare diseases like IPF is growing because they’re more common than we think: when combined, they affect nearly 30 million, or about one in 10 Americans.

The National Institutes of Health says there are nearly 7,000 such conditions and many are difficult to diagnose. As we celebrate the 30th anniversary of the Orphan Drug Act, a federal law to encourage the development of new treatments for rare diseases, progress has been made, but patients with most rare diseases are still without an FDA-approved treatment.

One such rare disease is IPF. This debilitating and often fatal lung disease which gets worse over time, causes lung tissue to scar and thicken. Breathing is difficult for IPF patients, which can make everyday tasks, like walking up stairs or doing errands, a challenge.

Like many rare diseases, IPF is difficult to diagnose particularly because the cause of the disease is unknown.

For this reason, organizations like the Pulmonary Fibrosis Foundation, American Thoracic Society and Boehringer Ingelheim Pharmaceuticals are working to raise awareness of this deadly disease. Observances like Rare Disease Day, an international advocacy day aimed to raise awareness of rare diseases, are opportunities to further this mission and recognize the challenges faced by patients.

“This is a milestone year for rare disease awareness and we are excited to see continued progress for patients with IPF,” says Dolly Kervitsky, of the Pulmonary Fibrosis Foundation. “We are encouraged by the accomplishments of the research community, as we continue our efforts to spread awareness about the disease through forums like Rare Disease Day.”

The Pulmonary Fibrosis Foundation believes it is imperative that patients and those that treat them become more knowledgeable of IPF in order to better address patients’ needs.

Symptoms like a dry cough that won’t go away, shortness of breath or unexplained weight loss are not always present until IPF has worsened. Additionally, the damage that IPF causes is permanent. The Pulmonary Fibrosis Foundation encourages patients to visit a physician if they are concerned about their symptoms.

For more information about IPF and resources for patients, please visit The Pulmonary Fibrosis Foundation at www.pulmonaryfibrosis.org.

This article is provided by Boehringer Ingelheim.