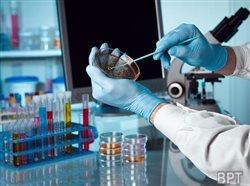 On July 4, 1939, Lou Gehrig said goodbye to the crowd at Yankee Stadium: “Fans, for the past two weeks you have been reading about the bad break I got. Yet today I consider myself the luckiest man on the face of the earth.” The bad break he referred to was his career-ending diagnosis of amyotrophic lateral sclerosis (ALS), commonly known today as Lou Gehrig’s disease. Seventy-five years later, researchers studying ALS are using cutting-edge stem cell science to develop treatments and, one day, a cure.

Monica Carrasco, Ph.D., an associate research scientist at Columbia University, lives on the cutting edge of ALS research. Carrasco uses human stem cells to study the ways ALS functions. Her current project focuses on the interaction between motor neurons and cells known as glia that help maintain the balanced environment neurons require to function properly. Stem cell research can be very intense, she says, because the cells need attention every day.

The breakthrough that made her projects possible came in early 2006, when another lab pioneered the process for developing stem cells for motor neurons. At the time, people mostly used mice to study ALS, but only a tiny fraction – 5 percent – of ALS cases can be studied with mice models. That imposed serious limitations on ALS research.

Carrasco says that stem cells will be huge for many diseases. For ALS, they already are. The ability to develop stem cells from the skin samples of many different ALS patients gives researchers the big picture that studies using mice could not. As a result, the past few years have been a hotbed of new discoveries.

To support those discoveries, the ALS Association funds more than 98 projects with a total award value of $ 18.1 million through its Translational Research Advancing Therapies for ALS (TREAT ALS) program. From 2006 to 2008, Carrasco was the recipient of the Milton-Safenowitz Postdoctoral Fellowship for ALS Research from the ALS Association. Funding for this two-year scientific research award was made possible by the generosity of the Safenowitz family through The ALS Association Greater New York Chapter in memory of Milton Safenowitz, who died of ALS in 1998.Dr. Carraso has since received several other support grants from the association to continue her work and says that the ALS Association’s funding has been “Incredibly important. We wouldn’t be able to study ALS in the lab without that support. There are many things that we could not be doing right now without it.”

Research today is “advancing as fast as I have ever seen,” she says.

Many ALS patients have lost up to 60 percent of their motor neurons by the time they are diagnosed. Carrasco wants to better understand the causes and phases of ALS and enable doctors to diagnose the disease as early as possible. Early diagnosis is crucial to effective treatment, she says. “By understanding the mechanism of the disease, we can move on to develop drug treatments.”

There’s still a long road to travel before stem cell research into ALS reaches its full potential, Carrasco says. “You have to consider that only in 2006 was the technology developed to take skin samples and develop the skin samples into pluripotent stem cells,” she says. “This is unique and very new. It’s not just about using the cells; it’s about asking the right questions and understanding exactly what information you can get out of the cells. There is huge hope, but these are the really early days.”

Vet-approved tips for keeping your pet out of the ER