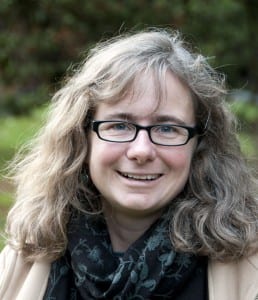 Goddard College recently announced that the National Endowment for the Arts has recommended BFA in Creative Writing faculty member Wendy Call for an NEA Literature Translation Fellowship of $12,500. Call is one of 20 recommended fellows for 2015.

With this grant, Call will translate Mexican-Zapotec poet Irma Pineda’s third collection of poetry, “Xilase qui rié di’ sicasi rié nisa guiigu’ / La Nostalgia no se marcha como el agua de los ríos” (Nostalgia Doesn’t Flow Away Like Riverwater), into English. Published in 2007, the work is the third of six bilingual Zapotec-Spanish collections that Pineda has published in Mexico. The collection is comprised of 36 poems told in two fictional voices from Pineda’s hometown: a person who has immigrated to the United States as an undocumented worker, and that person’s partner, who has stayed behind.

“We are thrilled our faculty member Wendy Call has been given this award from the NEA to support her work in translation,” said Bob Kenny, interim president at Goddard College. “Wendy’s work will not only bridge a cultural divide in the literary world,” he said, “but will ultimately add to the rich interdisciplinary curriculum and cross-cultural commitment at Goddard.”

Call has been on the faculty of Goddard College’s BFA in Writing program since April 2013, working with students on all aspects of creative writing and advising the student-edited literary journal, “Duende.” Call has collaborated with poet Irma Pineda since 2010, publishing her translations of Pineda’s work in eight U.S. literary journals. Call learned of the literature of Zapotec—the earliest New World language to have a written form—while working on her award-winning 2011 nonfiction book, “No Word for Welcome: The Mexican Village Faces the Global Economy.”

Since 1981, the NEA has supported literary translators through fellowships. Including the most current recipients, the NEA has awarded 364 translators 412 fellowships to translate literature from 66 languages originating in 86 countries. For the complete list of FY 2015 NEA Literature Translation Fellows, visit the NEA’s website at arts.gov.