Gifts that can help close the generation gap

There’s No Way to Do It Wrong!

Gifts that can help close the generation gap 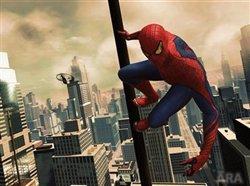 – Grandma gives Johnny wool socks. Susie delivers ear buds to Grandpa, who thinks an MP3 player is a character in a James Bond movie. When it comes to the gaps between generations, gift-giving can cast into stark relief the differences between age groups. But it is possible to find gifts that spring from common ground – and that can help close the generation gap.

Sports-related gifts are one area where the generations can meet. Many children idolize current sports figures, but are unaware of the legends that played before today’s stars. From boxing to gymnastics, and the four major professional leagues, every sport is loaded with history.

Taking the young person in your life to a sporting event is a great way to share your stories while enjoying the way the game is played today. Sitting in a crowded ballpark or arena, cheering with other fans can create unforgettable childhood memories that will be cherished and passed along to the next generation. Other ways to create a bond using sports-related gifts include retro jerseys, hats and gear, all of which have become increasingly popular among the younger generations.

Sports aren’t the only pop culture phenomenon with time-tested tradition and history. Certain super heroes, like Spider-Man, and movie characters, such as James Bond, have maintained high popularity and long-lasting success. This is a special year for both characters, as they are celebrating their 50th anniversaries. In celebration, Activision has released two brand new video games that honor the characters’ history and include classic scenes and characters from the movies and comic books.

Video games are extremely popular with the younger generation; 25 percent of all people who play video games are 18 or younger, according to the Entertainment Software Association. And 190 million households own a next-generation gaming console.

The Spider-Man franchise debuted in 1962 as a comic book. The tales of Peter Parker growing up as a teenage high school super hero have transformed into TV shows, multiple comic strips and a series of films. The latest video game shares the same name as this summer’s blockbuster and the original comic book – The Amazing Spider-Man. The game is an epilogue to the most recent film, and brings Spider-Man back to his natural habitat, protecting the streets of Manhattan. To celebrate this year’s 50th anniversary, additional downloadable content can be purchased that allows fans to play as Spider-Man co-creator and comic legend Stan Lee himself.

The James Bond franchise is celebrating its 50th year, too, making it the longest continually running and second highest-grossing film franchise in history. Dr. No, the first James Bond film, debuted in 1962. The 23rd installment of James Bond films – SKYFALL – is set to hit theaters this holiday season. The latest video game portrayal of the illustrious Bond, titled 007 Legends, includes an overarching storyline tying together five classic Bond movies – Goldfinger, On Her Majesty’s Secret Service, Moonraker, Licence to Kill and Die Another Day – along with a downloadable mission from the latest movie. Throughout the game, Bond’s past antagonists, like Jaws, Hugo Drax and Oddjob, are up to their old tricks. From the classic villains to the famous Aston Martin, 007 Legends is a great way to assimilate with the younger generation and tie back the past generations’ recollection of the Bond franchise.

Grandpa was able to read the Spider-Man comics when Peter Parker was a shy teenager and watch classic Sean Connery James Bond films and will now be able to enjoy watching his grandchildren interact with the same characters and storylines that he grew up with and loved. Gift giving should be an experience that both the recipient and giver enjoy. Relive your childhood through holiday gifts and create a new memory for the young person in your life.

Keep food safe in your kitchen with these tips

Keep food safe in your kitchen with these tips