A Shining Light in the Worcester Community

Spirit of the ADA Call for Nominations 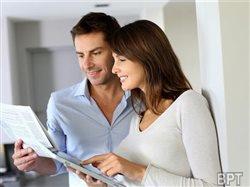 For years Dwight Nadig and his wife suffered through the cold winters in their York, Pa., ranch-style home, originally built in 1979.

“We have no access to natural gas in our neighborhood, so we had oil heat,” says Nadig. “The price of oil has gotten extremely high and we found ourselves keeping the thermostat fairly low.”

Nadig started to investigate geothermal (or ground-source) heat pump systems to help them stay warm in the winter – without paying a lot of money on their oil bill. Quickly realizing the energy saving benefits, as well as the environmentally friendly aspects, he opted to install a system from ClimateMaster (www.climatemaster.com/residential).

“The geothermal saves us money and we can keep the house at a nearly constant temperature,” says Nadig, whose system went live about a year ago.

Nadig is just one of the many Americans who are replacing conventional oil, natural gas and electricity-based heating and cooling with geothermal heat pump systems, and the demand for these systems is only expected to grow, on a global scale, over the next decade.

“There are more than 1 million of these units in U.S. homes today, which means an increasing number of homeowners are recognizing the benefits of this system in controlling their energy bills for life, and essentially declaring their energy independence,” says Raj Hiremath, marketing director at ClimateMaster.

Geothermal, or “geoexchange,” systems work on the simple principle of regulating indoor heating or cooling by using the consistently moderate temperatures just below the earth’s surface. While outside air temperatures may vary wildly depending on where you live, the ground temperature just a few feet down stays relatively stable. Geothermal heat pumps take advantage of this by moving heat through water in underground pipes to make it either warmer (in the winter) or cooler (in the summer) inside the home. The result is comfortable year-round indoor temperatures.

Custom home builder Mike Gilles of Oklahoma City-based Savannah Builders believes that geothermal “just makes sense” when it comes to reducing energy bills. In fact, his company has incorporated geothermal in all of its home designs since 1993 – long before the green building movement or any tax incentives were in place.

“With our customers, dollar value ratio is definitely important,” says Gilles. “We find it’s easier to make a sell for the ‘low-hanging fruit’ when it comes to energy savings – good insulation, good windows and doors, and a quick-return renewable energy source like geothermal. Homeowners see their investment in an undoubtedly meaningful way when they realize how these elements translate to such low energy bills, right off the bat.”

While it’s taken some time for homeowners to truly understand the benefits of geothermal heat pump systems, this is now changing very quickly with the rise in energy costs.

“Upfront installation costs for geothermal systems can be more than those of traditional HVAC systems, but homeowners are realizing it’s just like any other high-yield financial investment,” ClimateMaster’s Hiremath says. “Locking in your energy costs for life is an unbeatable deal, and that’s exactly what a geothermal system does.”

The government is also working hard to advance energy independence and reduce the use of conventional energy sources, which are in short supply and can tax and even harm already limited environmental resources. To support the adoption of more renewable energy alternatives like geothermal heat pump systems, the federal government has enacted a tax credit program that offsets 30 percent of the installation cost to make them more affordable. Many states and individual localities also have incentive programs. Nadig says he received an $ 800 rebate from his local electricity company. All in all, with the tax credits and incentives, Nadig expects he’ll see a payback in just a few years. And the benefits are worth the cost and the effort to him.

“Another big advantage is knowing that 80 percent of my heat is from a totally green, non-polluting source,” says Nadig. In these power-strapped times, he is able to have his cake and eat it, too – saving energy (and money) without sacrificing comfort.

Staying happy and healthy this season the active way

Taking control of your cancer journey

Taking control of your cancer journey