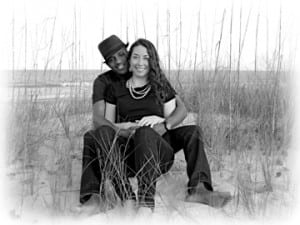 Mr. and Mrs. Mark Gagnon of Williamstown, VT announce the engagement of their daughter, Stephanie Gagnon, to Marcus Nelson, son of Tracy Nelson of Texas and Lynette Nelson of New Orleans, LA.

The future bride graduated from Williamstown Middle/High School in 2008 and earned a degree in Forensic Science from the University of New Haven in 2012. She currently works for the Florida Dept. of Law Enforcement as a Forensic Technologist.

The future groom graduated from Belle Chasse High School in 2007 and currently serves in the U.S. Navy in the field of Nuclear Engineering.

A November 14, 2015 wedding is planned. The couple currently resides in Yulee, Florida.