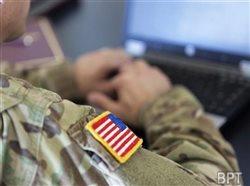 Employment opportunities seem to be on the upswing for military veterans, which is encouraging for the hundreds of thousands of service members returning from duty and veterans who are looking for new civilian career opportunities.

The unemployment rate for veterans dropped to 6.6 percent in 2013, according to the Bureau of Labor Statistics. While the news is positive, a 2013 University of Phoenix survey conducted by Harris Poll, revealed only one-third (33 percent) of active duty service members reported having made a transition plan for returning to civilian life after separation from the military.

“Service members acquire skills during their military careers that bring value and diverse experience to civilian workplaces,” said University of Phoenix Military Relations vice president, retired Army Col. Garland Williams. “But some men and women leaving the service may not know how to market their skills as they transition to civilian jobs, and may therefore take jobs that do not leverage their experience. As thousands of men and women return from Iraq and Afghanistan to a highly competitive job market, it is imperative that they have a plan to translate their skills into fulfilling and enriching jobs.”

If service members don’t know where to start, there are resources such as the U.S. Department of Labor’s Transitional Assistance Program (TAP) to help veterans translate their skills and find quality jobs.

Service members who have recently returned home might be interested in pursuing careers at firms recognized for hiring veterans. The military has a Best Veteran Employers list as well as current job postings for those companies. This list is updated frequently, so job seekers should check it often. In additional to applying for current positions, service members may consider requesting informational interviews in advance of their job searches to make sure they have the necessary training to be considered for the roles.

Some universities also offer resources for members of the military community who want to understand the available career options, making it easier to get started or continue a career path. For example, the Military Skills Translator Tool provided by University of Phoenix takes a service member’s military occupational specialty code and provides a list of civilian occupations that correlate to the job skills the service member used and refined while in the military. Each military job is linked directly to labor market data to provide background on jobs and the education required to enter a specific field. Service members can also earn college credit toward their degree programs based on their military experience.

Here are some additional tips offered by Williams to help active duty service members and veterans prepare for a civilian job search:

Start early. Begin the transition process from military to civilian life as early as two years before being discharged.

Speak the language. Communicate military experience and training with words, not acronyms, which may not translate on a resume. Promote universal skills such as leadership, management, cooperation, teamwork and strategic thinking.

Don’t be afraid to promote yourself. As every proud service member knows, there is a “we” vs. “me” mentality in the military. The ability to work in a team is important to communicate, but you also have to be willing to discuss your own contributions and results.

Eight car safety features that could save your life