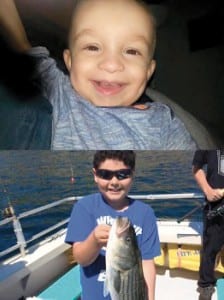 Freezing Fun for Families has announced its 2016 beneficiaries. This year’s beneficiaries are 22-month old Ryland Houle of East Middlebury, Vermont and 11-year-old Garrett Peace of East Montpelier, Vermont. Ryland was diagnosed at 16 months old with Neuroblastoma and has been undergoing treatment since August 2015. Garrett was diagnosed at 10 years old with Leukemia and has been undergoing treatment since January of 2014. Both boys are receiving treatment at the University of Vermont Medical Center and Boston Children’s Hospital.

This year’s snow softball tournament will take place March 4-6, 2016 at the Barre Town Recreation fields. Entry fee is $250 per team.

This year’s Dinner and Silent Auction will be held February 27, 2016 at the Barre Elks Lodge and will feature such items as a New England Patriots jersey framed and autographed by Tom Brady, a framed 1980 Team USA hockey jersey autographed by the entire “Miracle on Ice Team” and a basketball autographed by Larry Bird AND Michael Jordan, as well as much much more. Tickets are available at the Barre Elks 802-479-9522, One Credit Union 560 South Barre Rd, South Barre, VT or by calling Corey at 802-279-3632.