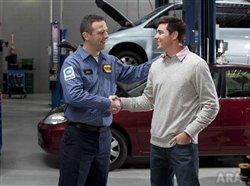 It’s perhaps the least understood and least celebrated federal holiday, but for millions of American veterans and their families, Nov. 11 – Veteran’s Day – is a solemn reminder of the sacrifices so many service men and women have made for our country.

The day’s origins stem from the date the Allied nations and Germany agreed to a temporary cease-fire on Nov. 11, 1918, leading to the end of World War I. At the time, many people believed that conflict would be “the war to end all wars,” and Nov. 11 became known as Armistice Day. In 1938, the day became a legal federal holiday, and in 1954, after World War II and the Korean War made it clear that peace was a much more complex goal, the day became known as “Veteran’s Day.”

While Memorial Day honors those who gave the ultimate sacrifice and perished during military service, Veteran’s Day pays tribute to all veterans, both living and deceased. Public observances vary from small town parades to an official wreath-laying ceremony at the Tomb of the Unknowns (formerly the Tomb of the Unknown Soldier) in Arlington National Cemetery.

“The brave men and women of the armed forces have fought for and continue to fight for our freedom every day,” says John Vitagliano of Meineke Car Care Centers. “Local Meineke owners wanted to show their appreciation by giving something back to them.”

With thousands of American veterans returning home from a decade of conflict in Iraq and Afghanistan, Veteran’s Day 2012 is especially poignant for many Americans. Across the country, many businesses offer complimentary and discounted services to honor veterans. National names such as Applebees (which is offering a free entree), Lowe’s and Home Depot (10 percent discount for veterans) and Meineke are stepping up to show their support and gratitude.

This year, Nov. 11 falls on a Sunday, so many observances will take place on Monday, Nov. 12, including Meineke’s tribute. Participating Meineke Car Care Centers will provide free Basic oil changes to all veterans and active-duty military personnel, as well as spouses of deployed members. The service includes up to five quarts of motor oil, an oil filter, a 23-point inspection an air pressure check for all tires and a tire rotation.

The keys to an affordable home automation system

Why sending holiday greetings is essential for businesses

Why sending holiday greetings is essential for businesses