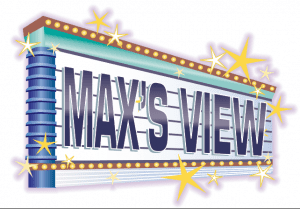 “No title of nobility shall be granted by the United States.”

-The US Constitution, Article 1

In 1787, big successful Western countries had nobility. England had Earls, Prussia had Junkers, France had aristocrats. That’s just the way things were done.

The brief little section of the Constitution about banning nobility turned out to be incredibly important and forward thinking.

In an economy built around agriculture, having a noble family acting as local landlord works splendidly. In a dynamic industrial economy, nobles are certain to hold your country back. What you really need is ambitious, hard-working, big-thinking capitalists.

The history of the late 2nd millennium was written before it happened. As soon as the Industrial Revolution began, society was destined to be run by the men with the most money not the ones with the bluest blood.

Because the United States had no noble families to hold it back, we were the quickest to fully embrace the brave new world of commerce, materialism, and perpetual change.

By the early 20th Century, Great Britain was falling behind, clinging to its outdated traditions of social stratification.

Why the heck did the British cherish its aristocratic traditions? English writer and member of Parliament Julian Fellowes has a convincing explanation.

His TV series Downton Abbey lovingly chronicled a tumultuous decade in the lives of the Earl of Grantham and his family in the early 20th Century. We see their mostly positive influence on Yorkshire slowly dwindle as modernity and the concept of equal rights sweeps away the old order.

The new movie “Downton Abbey” – in which King George V visits Downton – is a charming conclusion to the Grantham story and a passionate defense of the way things used to be.

When we met Thomas Barrow nine years ago, he was a bitter closeted gay man. Thanks to the forgiveness and inclusion of his Downton family, we see he has become reasonably well-behaved and well-adjusted.

His position as head butler has given his life dignity, stability, and meaning. And in the movie, we see that he is ready to take the brave steps forward to true happiness and self-acceptance. Some people will never forgive Barrow for the time he kidnapped the Earl’s dog. But I did.

When we met Tom Branson, he was driven by egalitarian idealism and loathing for his imperialist employers. Slowly, love and fate make the Irish socialist a full-fledged member of the Earl’s family.

In the movie, Branson takes his final step and fully embraces his role as defender of the old order. To his shock, he discovers that protecting the king isn’t just his duty, it feels like the right thing to do.

Our American instinct is to believe that early 20th Century England was a vile place where oppressed commoners were forced to serve haughty noblemen. “Downton Abbey” argues that service was a two-way street.

Lady Mary wants to make her life easier by selling the mansion and living the rest of her days as an anonymous shopkeeper’s wife. It is Mary’s lady’s maid, Anna, who helps convince her to continue to work to keep Downton going.

One of the most effective scenes in the movie is when the Downton servants are informed that they are being forced to take a few days off to let the Royal servants takeover. The cooks and footmen are crestfallen. They were looking forward to the solemn honor of representing Lord Grantham well and serving their king.

For fans of the show, the “Downton Abbey” movie is a total delight.

For open-minded history buffs, it makes a convincing argument that the old world wasn’t objectively terrible.

The freedom and egalitarianism of the United States is an amazing blessing to some people. For other people, though, the stratification and structure of aristocracy gave comfort, continuity, dignity, purpose, and meaning. Mr. Fellowes isn’t arguing for a return to aristocracy, but he does look back with pride.