“You’re either a historian or you’re not,” Richard Turner laughs, his eyes lighting up as he points to each of the photos flicking by on the computer screen. “If you are, it’s interesting stuff for you to do.”

the family homestead located in Berlin, Vermont. After Turner graduated high school in 1953, he left to study engineering at the University of Vermont. He then continued his career elsewhere. Turner’s two older brothers, like him, decided they did not want to move back and take on the family homestead.

Therefore, in 1978, the farmhouse was sold to Dr. Callan and Dr. Davignon and sold again in 1996 to Vermont Mutual Insurance. The current owners, Superior Development, bought the place in 2013 and as of winter 2018, have hired Deconstruction Works, a company that takes houses apart piece by piece and installs those pieces in other houses, to dismantle the farmhouse.

Turner leans back in his chair and sighs. “Almost the whole house…  anything salvageable is going into another home, which gives you a good feeling about it.”

Still, when asked if it’s hard to see it go. Turner shrugs, “It’s a little nostalgic, that’s all.” 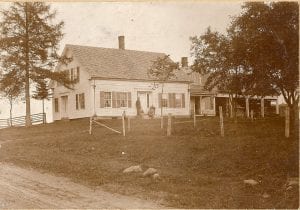 Now Turner, like the rest of the community, wants to know what is going to happen.

In 1794 and 1795, Jeremiah Culver bought two 100 acre lots and, according to Richard Turner’s research, Culver built his house on what is now named Stewart Road. He also built a sawmill on Pond Brook, which was also a part of his property, which he subsequently sold to Silas Black and Luther Stewart in 1815.

When Jeremiah Culver died in 1829, he left the land to eight people. Seven of the divided plots went to his children, and one plot went to what Richard Turner believes is a child from another marriage.

In the early 1830s, Culver’s daughter, Polly, married Jesse House and bought out the plot next to her’s, Jeremiah Jr.

Initially, Richard Turner’s great-grandfather, Harrison, lived far up in the northern part of Vermont, in Coventry Gore (now part of Newport Town), where he had started a farm in the 1850s.

In 1880, his sister, Adeline Turner Crandall, and her family moved to a farm in Berlin just south of where the airport was later built. She wanted her brother, Harrison, to join her, and, in her words, move “back to civilization.”

Turner thinks that her son, Charles Turner Crandall, sketched the farm, which was for sale, and sent the drawing to his uncle Harrison, imploring him to come down and buy it.

It must have worked, for Harrison Turner purchased the home from Columbus House in 1884.

In the 1990s, Richard Turner and his brother, Vernon, started conducting researching into the farmhouse and the family by reading through old letters. Because they were sometimes hard to read, Richard and Vern wrote up what Richard estimates around four hundred letters and put them in a book. Once that was complete, they continued their research, frequenting the town clerk’s office.

This research is especially important to Richard, who has previously served as the secretary for the Berlin Historical Society for twenty-five years and now continues to work with the society as a member. But it’s not just because of his love for history.

He continued, “We found out a lot about the property… Because of the way it got divided up when the original owners died.”

After Richard’s great-grandfather, Harrison, purchased the farm, it moved down through the generations. It first went to his son, Will Turner in 1900, for $3,500. It then moved on to Will’s son, Ray Turner, Richard’s father, for $5,500.

When asked if he better understood his family thanks to his research, Richard paused and thought for a moment.

“Yeah, gives you an insight. The letters gave us a great insight into the way they lived, the things that were important to them. We really enjoyed putting that together.”

When Richard Turner lived at the farmhouse, his family had a pool table set up in a room in what some Vermonters might refer to as the ell. As Deconstruction Works tore the place down, they found a single pool ball in the corner.

“Dad had sold the pool table long after we’d gone. One ball didn’t go with it.” 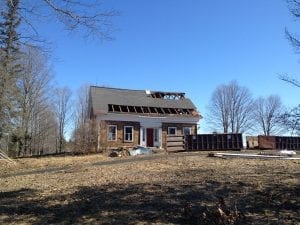 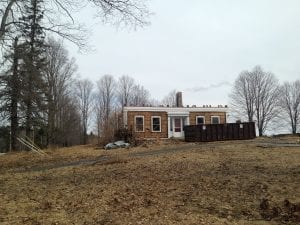 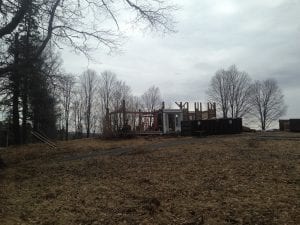 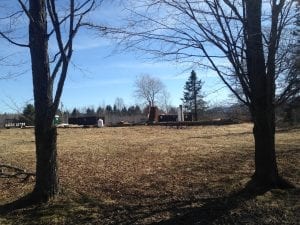 Guest Opinion:Teens, Intoxicants, and Texting this Prom and Graduation Season

Guest Opinion:Teens, Intoxicants, and Texting this Prom and Graduation Season