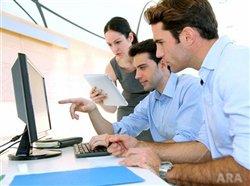 Traditionally, the term “war zone” elicits images of tanks, gunfire and military personnel. However, as technology evolves, so do the weapons associated with the art of warfare. Most recently, the battleground has moved online, with the introduction of a new computer malware threat known as “Flame.”

Flame steals information from e-operations of certain nation states – making it a vital threat to both governments and military units. Based on the way Flame works, it can be classified as a “cyber weapon,” according to Kaspersky Lab, a Russian anti-virus firm.

Web attacks cost businesses $ 114 billion each year, according to a 2011 study conducted by Symantec. And as more business, government and military institutions store classified information online, the probability of an attempted attack by these new forms of cyber-weaponry increases. Given the likelihood for future security breaches, the need for professionals with the skills required to protect those at risk for such forms of online espionage is amplifying. The U.S. Bureau of Labor Statistics Occupational Outlook Handbook reports that by the year 2020, demand for cyber security experts will increase by 28 percent.

Much like the way the military and police serve and protect our country and its citizens, cyber security experts play a crucial role in protecting an institution’s network and information from attacks. These professionals, known as computer forensics experts, also analyze the electronic evidence, and in some cases identify and serve as expert witnesses to help prosecute the criminals responsible.

Bachelor’s degree programs such as computer information systems (CIS) help prepare students for this role. Many programs allow students to concentrate their studies in a variety of cyber security specialties. For example, students focusing on computer forensics will learn the skills necessary to handle the electronic evidence of criminal cases and how to identify and prosecute criminals.

At DeVry University, students enrolled in the Computer Information Systems bachelor’s degree program can pursue a cyber security specialization in computer forensics that allows them to gain understanding of the diversity of computer crime, and the laws and principals concerned with computer forensics and electronic evidence. They also learn how to discover data that resides in a computer system, and how to recover deleted, encrypted or damaged file information.

“Technical knowledge is only one piece of the skillset puzzle for cyber security practitioners,” says Dr. Ahmed Naumaan, national dean for the College of Engineering & Information Sciences at DeVry University. “Creativity and the ability to think outside the box play a pertinent role, as those in this field must be able to take on the mindset of the hackers they protect against.”

The many forms of online assault will continue to evolve. As governments, businesses and other institutions increasingly become targets of online warfare, the demand for those armed with the competencies to successfully defend against them will grow.