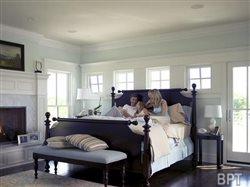 When it comes to the safety of your home and family, you would probably say money is no object. Yet cost (real or perceived) has long deterred many homeowners from considering a residential fire sprinkler system to protect their homes. The systems cut the risk of dying in a home fire by 80 percent, have broad support from safety experts and can even qualify you for a discount on your homeowner’s insurance. But until now, a perception of high cost has overshadowed those positives.

A new study reveals that the price of residential fire sprinkler systems has dropped significantly, creating an opportunity for safety-minded homeowners to tap the many benefits of sprinklers.

In 2008, the average per-foot cost of a residential fire sprinkler system was $ 1.61; in 2013, the average per-foot cost has plunged to $ 1.35, according to a report by the Fire Protection Research Foundation. Multipurpose systems that use a home’s cold-water supply, rather than a separate piping system, are even more affordable – just $ 1.23 per square foot, the report found.

And costs are likely to drop even lower, one expert says.

The lower cost is good news for anyone interested in protecting their home with a fire sprinkler system, Skare says. The benefits of such systems are many:

* Eighty percent of all fire deaths occur in residential fires. While functioning smoke alarms reduce the risk of home fire fatalities by 50 percent, sprinklers slash the risks by 80 percent, according to the National Fire Protection Association (NFPA).

* Multipurpose systems – like those provided by Uponor – reduce the amount of piping needed to supply sprinkler systems because they tie into a home’s existing cold-water plumbing system. Instead of two piping systems – plumbing and fire-sprinkler – the builder need install only one, reducing material, labor costs and jobsite-scheduling hassles, saving 35 percent to 65 percent in installation time over standalone, rigid CPVC systems. That, in turn, should result in a lower cost to the home buyer.

* Homeowners insurance companies provide an average premium discount of 7 percent to homes with fire sprinkler systems, according to the Fire Protection Research Foundation.

* Home fire sprinkler systems act quickly to reduce heat, flames and smoke from fire, giving families valuable time to safely get out of a burning home. “Sprinklers extinguish most home fires in seconds, before the fire department arrives and before major damage can occur,” Skare notes. In fact, sprinklers are far less damaging than fire hoses used by firefighting teams. One study in Scottsdale, Ariz., found the average fire damage loss for a home without sprinklers was more than $ 45,000; with sprinklers, losses shrink to slightly more than $ 2,100.

Perhaps the most compelling argument in favor of sprinklers is the cost-to-value ratio. The average total cost for installing a multipurpose fire sprinkler system is around $ 6,000, according to the Fire Protection Research Foundation report.

“That investment could buy your family the extra time they need to escape a home fire,” Skare says.

Tips to spruce up your home for the holidays

Hard water: bad for your home and wallet

Hard water: bad for your home and wallet