College students have options to save money on technology

College students have options to save money on technology 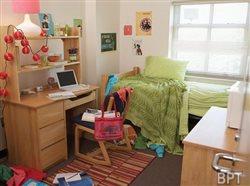 Besides the books, the classes and the studying, you’ve probably found you’re spending a lot of your time with technology. And you’re likely spending a fair amount of money on it as well. You’re not alone. College student spending on technology is up 227 percent over last year on everything from tablets and smart phones to digital TV antennas, software apps and more, according to a research study by marketing firm refuel.

What may be somewhat surprising is that students spend 14.4 hours per day with technology. Do you spend that much time with it?

Just because 18 to 24 year olds have a lot of buying power, however, does not mean that they’ll be shelling out the estimated $ 1,500 it will cost for a pair of Google Glasses to help with class work or entertainment, or the nearly $ 1,300 a year for cable or satellite TV.

You are not just taking smartphones and tablets to campus.  According to em marketing, more than 70 percent of students take their own TV sets to school with them, and watch an average of nearly 11 hours of TV per week.

If you’re a budget-conscious student, there are low cost alternatives to many of your favorite technologies.

One way you can save up to $ 1,300 per year is to cut the cable or satellite TV cord by owning an HD indoor antenna. You won’t have to give up watching the top 10 ranked TV shows either. You can use a high-definition digital broadcast TV antenna to get free programming available up to 50 miles away from broadcast towers in the city where you attend college. TV stations in many cities offer from 10 to 30 or more free over-the-air broadcast channels.

You also have a range of choices when it comes to cost and how many channels you want to watch. You can spend anywhere from $ 30 to $ 90 for a high definition antenna and get all the local VHF and UHF digital channels available by using any of the Winegard FlatWave family of antennas. Razor thin and weighing in at less than three ounces, these high-tech antennas won’t take up any space in your dorm or apartment and can be placed on any wall, window or desk. It delivers the highest quality TV picture available with near Blu-ray resolution.

The FlatWave antennas pick up free TV from all the major local broadcast networks, such as ABC, CBS, NBC, FOX and PBS. You can even catch this fall’s new shows such as S.H.E.I.L.D. or Downtown Dracula in true HD.

Here’s another no-cost technology that offers some amazing capabilities. An increasingly popular free video sharing technology is Google+ Hangouts. It’s similar to Skype, Facebook and FaceTime video chat services that focus more on person-to-person, but offers some unique features such as group video conversations with up to 10 people at a time.

If you’re a typical student, mobile access to course work, assignments, family and friends is a must.

Imagine gaining access to the Internet on a laptop just about anywhere you go, without searching for Wi-Fi to get online. Tether is a low cost app that lets users access the Internet from their laptops or desktops directly through their iOS, Android or Blackberry smartphone wireless service. Students can download Tether on their cellphones and laptops, connect the two and hop on the Internet anywhere a cell signal is available.

When you leave for school this fall, you can still get all the entertainment you want for a fraction of the cost with these technologies. Add streaming to this entertainment system and maybe you still will have some money left over for those Google Glasses.

Avoid the flu this season: Tips for keeping your employees and business healthy