A Treasured Forest Will Be Open to All – Cambridge Establishes The Peter A. Krusch Nature Preserve

Here We Are Again, Already

by vt-world
in Letters & opinions
0 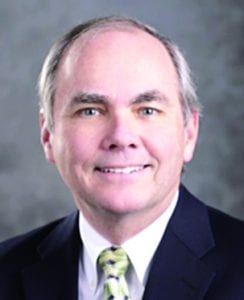 The mid-summer break was last week, the best players from baseball’s major leagues met in the annual All-Star Game in Miami. It’s always fun to watch the professionals come out and, for one game, see opponents work together to win. The American League defeated the National on Robinson Cano’s home run in the 10th inning, 2-1.

One of the most enjoyable parts of the All-Star break for me is watching the Home Run Derby. Baseball’s leading home run hitters face off to see who can hit the most home runs in at-bats that last four minutes. It is a single-elimination competition and the ultimate winner is he who hits the most home runs. Granted, the pitching is not exactly the focus of the event, but the effort by the batters is “Ruthian.”

Although he did not set a record, the Yankees’ Aaron Judge (who led the league with home runs at the break with 28) did hit 47, including a tape-measure at 513 feet. It was great to see the enthusiasm that the players showed while Judge and the others were belting the ball. They were falling all over one another with every cut the batter took, supporting each player and hoping for a four-bagger.

I was thinking about that later in the week while I was attending a meeting of a group of economic development professionals who came together to take a major step forward in marketing the region. Joel Schwartz from Barre Area Development, Jamie Stewart from the Central Vermont Economic Development Corporation, Joe Evans from the Montpelier Development Corporation, Alyssa Johnson from Revitalizing Waterbury and I met at The Chamber to preview a new program that we will be instituting in order to attract new jobs to the region.

While not changing each municipality’s own economic development strategy, the purpose of this effort is to follow bona fide leads identified and presented to us by an entity called World Economic Development Alliance (WEDA). Pooling our resources enabled us all to participate in this effort.

WEDA serves two groups, “communities that have available sites and workforce” and “companies that need to open new facilities to serve their needs.” According to WEDA, “By helping both sides connect and find the right match we ultimately fulfill our mission while helping create jobs.”

Think of this new collaboration as a team in the All-Star Game, or a batter in the Home Run Derby. We want the team to win. We will be pursuing leads for the team. We will be responding to business needs by presenting a unified response. We will be showcasing all that Central Vermont has to offer. If a project is right for the region, but its needs can’t be met in one community, there will be others to select from.

When developers cast their net looking for the “right fit” for their project, they do not limit their option to one city or town. They look at a region, they whittle it down to a state then down to the localities that may suit their needs.

This strengthened alliance will help all of the communities. Information will be presented on individual cities and towns and on the region. It will not be an easy task, but it will be a more coordinated effort that will provide additional bats for the region’s economic development endeavors.

While the ultimate goal for this team is to hit home runs, most job creation, like baseball victories, is the result of focused, concentrated efforts and teamwork. “Batter Up!”