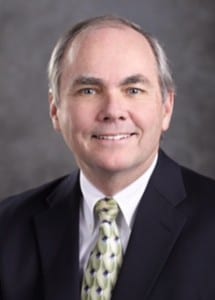 By William D. Moore, President & CEO
The legislature is in full swing and among the many issues that the Central Vermont Chamber is following are proposals to increase the minimum wage to $15 per hour.

These increases were agreed to by all parties interested in workers’ wages and enacted by the general assembly. One of the primary reasons for the agreement was to allow businesses to plan and prepare for increases and, by indexing increases annually, to avoid the constant battles over increasing the minimum wage. It was a compromise, an agreement that has been honored for two years now.

Minimum wage jobs are generally those at the entry level, intended to be short term until the employee gains the necessary skills and experience to take on more responsibility. More experience and responsibility normally leads to a better job which leads to increased wages.

It is time to take a different approach to raising wages.

Automatically increasing wages does not address the core issue. What can be done to improve skills, that will create a workforce that possesses the necessary skills to move away from low wage jobs?

We need to be creating a workplace that is assured the productivity commensurate to increases in the minimum wage.

Education and training are the keys to success. Educating students to be prepared for the jobs of the twenty-first century. Moving students who may not be college-bound into technical training and apprenticeships. Strengthening Vermont Technical College (VTC) and the Community College of Vermont (CCV) will present better opportunities for those looking for high paying careers.

When was the last time that the state took a hard look at the money being spent on its workforce training and re-training programs? What are the real outcomes? Are those who are in workforce training programs really preparing for the jobs that are out there? Are those who successfully complete those programs still employed after three, six and twelve months? If not, why not? Are programs available for re-training that will give potential employees the ability to meet employers’ needs?

There are good paying jobs going for the asking across Vermont today. Employers that I have spoken with tell me that those jobs are not being filled because the applicants are not meeting the necessary job requirements.

Better education, the right training and re-training of the workforce for today’s jobs will help to ensure a minimum wage well in excess of $15 per hour. What do you think?