September a Month for Suicide Prevention

One Show Only! Lost Nation Theater Presents As You Like It 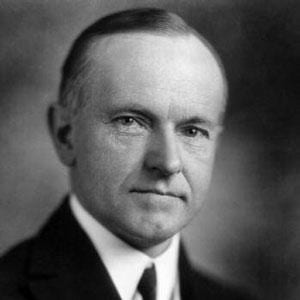 A few days after Governor Hartness’s inaugural address, Vice President-elect Calvin Coolidge addressed the Vermont General Assembly. A native of Plymouth Notch, Coolidge had made his mark in Massachusetts politics and had gained national recognition during the Boston police strike of 1919, when he made the famous pronouncement that, “There is no right to strike against the public safety by any body, any time, any where.” Coolidge was chosen as vice president to balance the Warren G. Harding ticket. Few suspected that within two years he would be in the White House, upon Harding’s death.

Paying a tribute to his state, Coolidge said:

The State House of Vermont holds an interest for me that no public building can ever exceed. This hall of the House of Representatives has a fascination that is unapproachable. Here my father sat as a member of the Legislature, and his father before him. At an age so early that my memory holds no previous recollection, I was brought here by my mother and grandfather to visit my father, and among other experiences, was seated in the chair of the Chief Executive with a veneration which has forever marked for me the reverence due that righteous authority which is vested in a government over which the people are supreme. Compared with that visit, no other journey will ever seem of equal importance. No other experience will ever touch in like manner and in like degree my imagination. Here I first saw that sacred which lights the altar of my country.

Coolidge’s administration, from 1923 to 1929, has traditionally been characterized as strongly pro-business. His taciturn nature led many to believe he was simply a caretaker president who let others – from both within government and outside of it – run the country. More recent historians have mentioned Coolidge’s shrewdness in the aftermath of the Harding scandals. He also stressed reducing the national debt.

The Coolidge years represented a calm before the storm, which broke right after he left office. Although he probably could have gained re-nomination in 1928, Coolidge declined the opportunity in what is possibly the shortest statement ever given on such a subject: “I do not choose to run for President in 1928.” Herbert Hoover received the nomination, and within less than a year, the stock market had collapsed and the nation was in its worst depression.