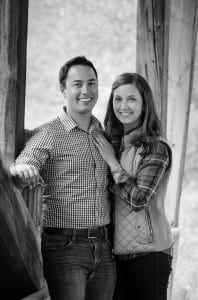 John and Rolanda Turner of Montpelier, Vermont announce the engagement of their son, David to Lindsay Buzzell, daughter of Karen and Kenneth Buzzell of St. Johnsbury, Vermont.

David, a 2001 graduate of Montpelier High School, graduated from the University of Vermont with a B.A. in Psychology in 2005 and from Washington University in St. Louis with a Masters in Architecture in 2012. David works as a Design Coordinator at Stantec in Boston, Mass.

Lindsay graduated from the University of Vermont with a B.A. in Psychology in 2008. Lindsay works as Human Resources Manager at Skanska USA in Boston, Mass.