Buying a car: new or used, that is the question

Buying a car: new or used, that is the question 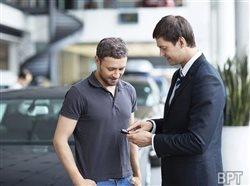 Conventional wisdom says that a new car will always cost you more than a used one. Why? There’s a higher price tag and you have to face the depreciation that comes when you drive off the dealer’s lot. Previously, if you were looking to save money, used vehicles were thought to be the best option. However, as supply may not be meeting demand, conventional wisdom may not hold true.

“Several years ago, we would have advised shoppers to go the used route in order to save money, but in the current economic state, used car prices have skyrocketed, which could make buying new just as economical,” says Patrick Olsen, editor-in-chief of Cars.com.

Experts suggest that the sluggish economy pushed more people out of the new-car market and into the used-car market. This resulted in a strain on used inventories, jacking up prices. Additionally, the 2009 Cash for Clunkers program also removed more than a million used cars from the market.

“It’s all about supply and demand,” says Olsen. “Low supply means car shoppers can expect to pay a premium for a used car that would usually be affordable, since new cars are so much more plentiful.”

While used-car prices have dropped a little in recent months, they remain high compared to historical standards. Aside from looking just at cost, experts like Olsen, say that buying new or used has many different benefits.

Some of the advantages to buying a new car:

* Often lower financing charges, which can be spread over a longer loan term

* Peace of mind knowing that you are the first owner

* That unique feeling of owning something brand-new

On the contrary, there is a definite case to be made for buying used. “If you aren’t married to the idea of buying a new car, used vehicles also offer some great benefits,” says Olsen. “The top perk remains affordability. Buying used can often let buyers drive a nicer, more luxurious car than they could afford if buying new.”

Other benefits of buying used:

* Someone else paid for the depreciation

* Often there is leftover warranty coverage

Another trend that makes buying used an intriguing option is the proliferation of certified pre-owned programs. The idea started with luxury brands, but today, most manufacturers have these programs.

“Consumers can be assured that they are getting a great car when buying through a certified program,” says Olsen. “Only newer, low-mileage cars are usually included, and they have to undergo a rigorous inspection by the manufacturer to be considered for the program.”

Certified vehicles are normally covered by a new warranty that extends beyond the original factory warranty. There are also sometimes special low-financing options for certified vehicles.

What the future holds for the great new or used debate remains uncertain, but the improving economy has resulted in record-breaking new-car sales in 2013.

“This means that, in theory, the supply of used cars should go back to normal, and buying used should once again be cheaper than buying new,” Olsen says.

Quick tips for getting the most out of your smartphone camera