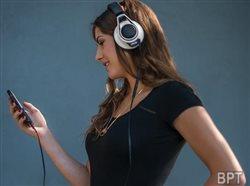 The holiday season is always an exciting time for gamers. This year is particularly interesting with the launch of two new gaming systems – Sony’s PlayStation 4 and Microsoft’s Xbox One, as well as a long list of titles gamers everywhere are feverishly waiting to play, including “Watch Dogs,” “Assassin’s Creed IV” and “Battlefield 4.”

During the 2012 holiday season, 36 percent of United States consumers who purchased toys as gifts were buying video games, according to a Harris Interactive poll. This means hundreds of thousands of brand new video games will be unwrapped this holiday. The majority of games introduced today feature online gameplay:  you can play your favorite games with your friends and people around the world.

If you’re an experienced online gamer, or if you’re going online for the first time this holiday season, here are a few of the most annoying online gaming tendencies that drive gamers crazy, and ways to avoid the bad habits:

* Cheating: Nobody likes a cheater, even in the gaming world. From entering a code to receive the best equipment to organizing an elaborate scam robbing other players of their in-game currency, cheating in online video games ruins the game for everyone else. Game developers are constantly trying to police their game servers in attempts to find and ban cheaters. Being cheated is never fun and winning through cheating is never as rewarding.

* Camping: This refers to the commonly criticized tactic where players stay in one portion of a map throughout the entire game. By doing so they gain a static strategic position of advantage on the other players. Also known as “cherry picking,” this activity is seldom liked and players who do it are never respected. Instead, study the maps and during gameplay use your knowledge of the map in its entirety to your advantage.

* Rage quitting: We’ve all been there. Being forced to play with poor teammates or drawing a level you can’t stand can lead to rage quitting – deciding to leave the game in the middle of a match. Despite your frustration, quitting on your opponent and teammates is looked down upon in the online gaming community. You can also lose experience points for your online and in-game profile.

* Cursing/offensive language: The online gaming population is extremely diverse. Gamers include grade-school-age children, college students, young professionals and even older adults. Unless you’re playing with your friends, you rarely know who you’re talking to online. It’s best to keep your language clean.

* Holding conversations with other people in the room or on the phone: Taking a break from an online game to talk with your girlfriend or answer a work call can be difficult because you can’t stop the action for everyone else involved in the game. Talking on the phone is disruptive to the other players because they can hear your conversation through the headset. To combat this dilemma Plantronics introduced the RIG stereo headset and mixer. This system allows gamers to connect their gaming console – PC/Mac, PS4 and PS3, Xbox 360– to their smartphone or tablet for seamless audio integration. The RIG mixer is set so you can effortlessly toggle between gameplay audio and audio from your mobile device – streaming music or phone calls. This gives players the freedom to talk on the phone without pausing or disrupting gameplay and switch back to game volume with the touch of a button– a perfect gift for the gamer in your life this holiday season.

Video games are supposed to be fun. Avoid these annoying tendencies while playing online games this holiday season and follow the tips to enhance your online gaming experience.

Eye diseases may go unnoticed in individuals with diabetes