Upper Valley Everyone Eats Returns to Gifford in September 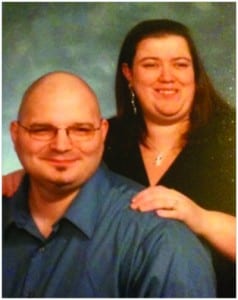 On June 25, 2016 Jason P. Boisvert will take Jessica L. Massey as his bride. They will exchange vows at the Canadian Club’s Gazebo in Barre. Joining them in the ceremony will be Jacob Boisvert as they unite as one family. Reception will follow at the Canadian Club with dancing into the night.

Jessica is the daughter of Pamela Massey and fiancé Kevin Collins from Websterville, VT. Also in attendance will be Jessica’s father and step mother Jerry and Ami Massey of New Port Richey, Florida.

Jason is the son of the late Robert Boisvert and Cathy Boisvert of Waterbury, VT.

A family camping trip is planned for August 2016