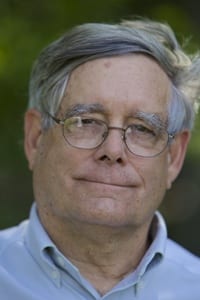 The honor comes as Klein steps down as state director of the Vermont Chapter of The Nature Conservancy (TNC) after over 30 years of service to the organization.

Klein received the award officially at VNRC’s annual meeting tomorrow on September 19th at Farm and Wilderness Camps in Plymouth.

Gus Seelig, the director of the Vermont Housing and Conservation Board and past recipient of the Arthur Gibb Award, said Klein’s work will leave a lasting mark on Vermont. He noted that Klein helped Vermont add thousands of acres of land to state parks and forests, including Green River Reservoir State park, Knight Island and other important locations.

“Bob’s legacy as Vermont’s first director of the Conservancy’s Vermont Chapter will be found for generations to come at TNC’s Vermont preserves – in places like Black Mountain, Bald Mountain, and Long Pond. His leadership provides all Vermonters with an elegant example of how we can work together in promoting the values that Art Gibb embodied,” Seelig said.

TNC owns and manages 55 natural areas in Vermont, giving the public access to nature in every county of the state.

Klein was also a founder of the Vermont Housing and Conservation Coalition, has been a co-chair of the coalition, and has helped bring many millions of dollars in state funds to Vermont’s ongoing conservation efforts. The Nature Conservancy was also instrumental in a deal to purchase the former Champion lands, now the Northeast Kingdom Heritage Lands, leading science-driven efforts to establish a 12,500-acre core area owned by the state.

Klein, who has a B.A. in sociology from Brandeis University and a Masters of Environmental Management from Duke University, said he was deeply honored to receive the award.

“I’ve been fortunate to have had a career in conservation in such a remarkable place as Vermont,” he said. “We’ve been able to make a real difference here.”

Klein will continue to work part-time with TNC until next April. Klein is an avid photographer, and in retirement he plans to explore Vermont by canoe, on foot, and through the lens.

The Arthur Gibb award has been given since 2006 to a Vermont resident who embodies qualities similar to those of the late Arthur “Art” Gibb, and who has made a lasting contribution to their community, region or state in advancing smart growth policies.

Each year a selection committee composed of members of Art Gibb’s family, community leaders, and VNRC staff, gathers to review the nominees for the Award. The committee looks for individuals that demonstrate leadership, commitment to public service, vision, creativity, the ability to balance competing interests, integrity and humility.

It’s Everything Apples in Bethel This Saturday

Decked out for summer: Three easy tips for making your dream deck a reality

Decked out for summer: Three easy tips for making your dream deck a reality