Behind in saving for retirement? Approaches to catching up

Behind in saving for retirement? Approaches to catching up 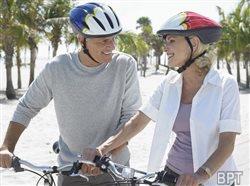 Does the pace of your busy personal and professional life leave you feeling like you’re always playing catch up? From finally reading that best-seller that’s been sitting on your book shelf for a year to getting a solid eight hours of sleep to making sure you have enough money set aside for the future, it can be difficult to regain lost ground. If you were among the millions whose retirement savings and investments suffered during the recession, there’s good news: you can start to catch up with a few simple steps.

On average, baby boomers say they have saved or invested $ 275,000 for retirement, but believe they’ll need a median of $ 750,000 to live comfortably, according to a Boomers & Retirement Survey released by TD Ameritrade, Inc. (“TD Ameritrade”), a broker-dealer subsidiary of TD Ameritrade Holding Corporation (NYSE: AMTD). That means some boomers may face a shortfall of nearly a half a million dollars as they head into retirement.

“Anyone approaching retirement should consider different opportunities, like catch-up contributions, that might make sense for their retirement investing plans,” says Lule Demmissie, managing director, retirement, TD Ameritrade. “These catch-up contributions could help workers 50 years and older save thousands more – perhaps even hundreds of thousands of dollars more – toward their retirement. When planning for retirement, every dollar counts, especially when it’s going into a tax-deferred vehicle.”

* There is no standard target amount for retirement. When setting a target for your retirement investing or savings, you need a realistic idea of how much you’ll need to maintain the standard of living you desire in retirement. Online calculators and tools, like those found on TD Ameritrade’s online retirement center can help you set goals by exploring various real-world scenarios that might impact your assets over time and at retirement. For example, do you have health challenges that may create medical expenses? Perhaps you and your spouse would like to travel when retired. Different objectives and circumstances will influence how much you’ll need to save in order to live comfortably.

* Take advantage of catch-up contributions. As long as you will be 50 (or older) by the end of the calendar year, you may be eligible to contribute an extra $ 1,000 per year toward your IRA until you turn 70 (which is the last year to contribute to a traditional IRA). If you save an additional $ 1,000 per year for 20 years and get a 5 percent rate of return, you could have an additional $ 34,719 toward retirement. Fully fund your IRA with $ 6,500 a year between ages 50 and 70, and that could amount to an additional $ 225,675 for retirement.