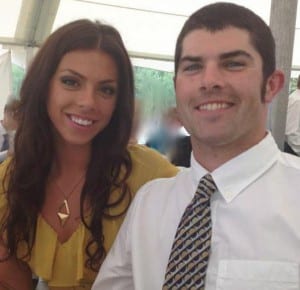 Ada and Paul Bagalio, of Orange, proudly announce the engagement and forthcoming marriage of their daughter, Marina Angela Bagalio, to Ryan Patrick Murphy, the son of Terry and Anne Murphy of East Orange.

Marina is the granddaughter of Paul and Joan Bagalio of East Montpelier, and Angela Pollino and the late Gaetano Pollino of Ogunquit, Maine. Ryan is the grandson of James and Lorraine Murphy and the late Melita Murphy of Rochester, N.Y., and the late Roger and Estella Melanson of Mill Village, Nova Scotia.

The bride graduated with a degree in psychology from Keene State College in 2010 and with a Masters of Social Work from the University of Vermont in 2012. Marina is currently employed with the State of Vermont, Family Services Division.

The groom is pursuing a bachelor’s degree in electromechanical engineering at Vermont Technical College and works as a test engineer intern at UTC Aerospace in Vergennes. The couple resides in St. Albans Town.