Are your food and cooking choices accelerating the aging process?

1 in 3 Vermonters Believe in the Perceived Health Benefits of Alcohol, Reveals Survey

Are your food and cooking choices accelerating the aging process? 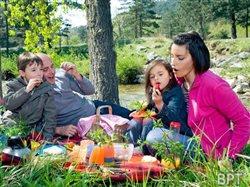 When it comes to health, many people are aware of the major do’s and don’ts of maintaining a healthy lifestyle and diet. However, people often focus on their cholesterol, blood pressure, and body mass index (BMI), and overlook another key medical marker: Advanced Glycation Endproducts (AGEs). AGEs are harmful compounds in the body that accelerate the aging process and are linked to many of the top health concerns people face today.

AGEs develop in the body or are ingested through certain foods, including browned, sugary and processed foods. When people consume too many of these foods, higher than normal levels of AGEs build up in their tissues. This accumulation accelerates the aging process from the inside out. Slowing the progression of AGEs is vital to living a long, healthy life.

In an effort to educate the public about AGEs, the A.G.E. Foundation, a global not-for-profit organization, is unveiling the findings of its U.S. survey on the effect of eating habits and cooking methods on aging. The A.G.E. Foundation is dedicated to educating consumers about AGEs and how they can protect themselves.

The impact of eating habits and cooking methods on aging

Seventy-six percent of Americans know that eating and preparing processed food can accelerate aging, according to the survey. Thirty-two percent cited the manner in which they prepare food as having an impact on aging, while just 11 percent indicated cooking food at high temperatures affected aging.

As temperatures warm up and outdoor cooking season begins, people will be heating up the grill with limited awareness of the way to reduce AGEs. The survey showed that six in 10 people prefer grilling their meat over oven-roasting (23 percent), stir-frying (9 percent), steaming (3 percent) and poaching (1 percent).

“It is important for people to limit the amount of barbecued, sauteed or even toasted food,” says Dr. Michelle Davenport, a board member with the A.G.E. Foundation. “We’ve found that the higher the temperature you cook something, the higher the AGE level – and excessive AGEs cause our bodies to age prematurely.”

The key to lowering AGEs is to reduce heat, extend cooking time and incorporate more water and acid into your food preparation, according to the A.G.E. Foundation. Water-based cooking methods (i.e., steaming, poaching) dramatically reduce AGEs. When queried about healthy ways to prepare meats for grilling, herb and oil ranked the highest (34 percent), followed by “straight to the grill” at 21 percent. Only 17 percent of respondents knew that adding an acid-based marinade was the best cooking method to reduce AGEs. “Adding a marinade in the form of lemon, lime or vinegar can cut AGEs by 50 percent,” says Dr. Davenport.

Avoiding foods high in AGEs and opting for brightly colored fruits and vegetables and whole grains, which are low in AGEs, is also recommended. Opt for foods that include iridoids, which are healthy elements produced in plants and found in certain fruits and vegetables like noni, blueberries, olive leaves and Cornelian cherries, as well as the supplemental beverage TruAge Max.

Charge up learning before the kids head back to school

Charge up learning before the kids head back to school